Borderlands Horse Sanctuary hosts two or three small fundraisers every year to help with the constant hay fund. The following are just a few of the fundraisers that the Sanctuary has hosted.


The luminaries were lite and placed into a cross shape. We also have aerial photos of the luminaries. 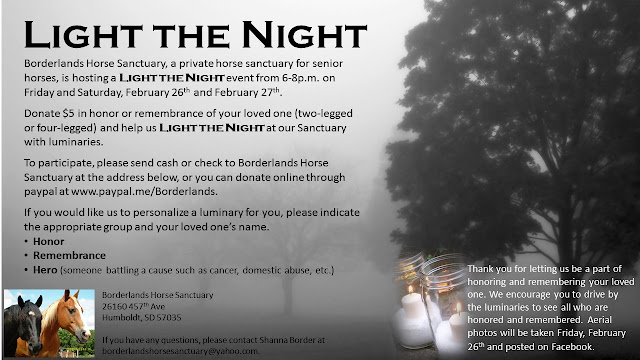 October 2014
We held our second playday and had a great success. This was our first time hosting the playday at Stevers' arena and hope to have another playday at the same location.
﻿ 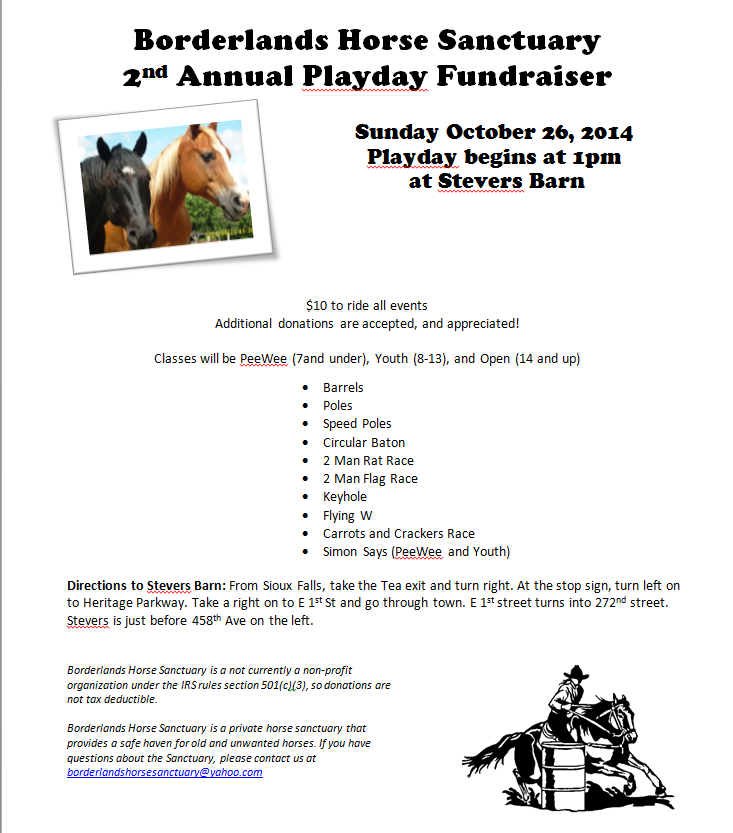 September 2014
Where's Skippy
Skippy went on a trip around the world. Skippy posted pictures for every location and had people guess where he was at. At the end of his vacation, all of the people who guessed were entered to win a horse hair keychain ring from Skippy.

April 2014
Easter Fundraiser
For Easter, the Sanctuary hosted an Easter fundraiser where people bid on Easter baskets during the silent auction, went on an Easter egg hunt, and had pictures taken with the Easter bunny. 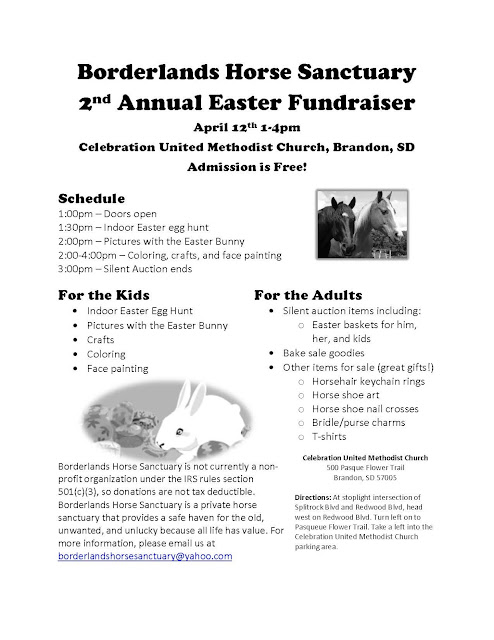